Jacob Dzhugashvili studied at Glasgow School of Art in the 1990s and  blended into the student scene here - keeping his family links secret  from all but his closest friends. 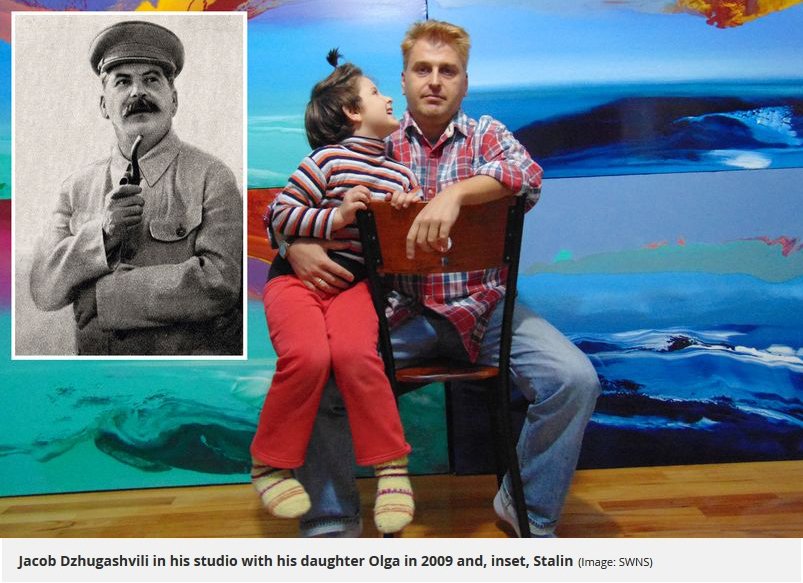 These astonishing psychedelic landscapes were painted by the great-grandson of STALIN - who has spoken about studying at the Glasgow School of Art.

Just like many young art students in the 1990s, Jacob, 46, loved to listen to trip-hop pioneers Massive Attack and Portishead.

Jacob Dzhugashvili who shares a surname with murderous ancestor Iosif  Vissarionovich Dzhugashvili - better known as Joseph Stalin - studied at  the renowned art school in the 1990s.

And he says he once got so drunk he threw up on Sauchiehall Street - the shame of which still haunts him to this day. 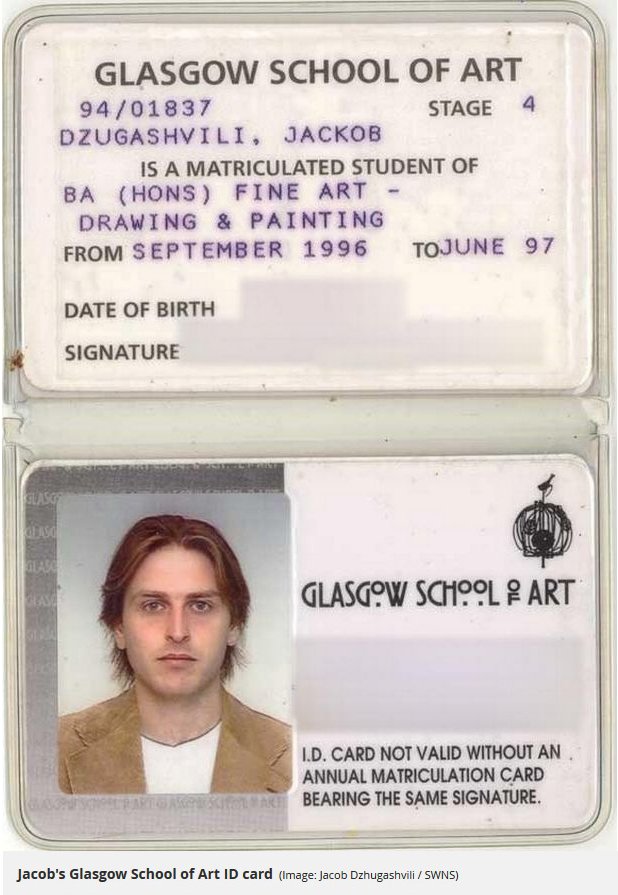 Jacob said: "I went a couple of times to nightclubs but didn't like  it at all - too noisy and everybody was drinking and getting sick.

"I got sick too once right in the middle of Sauchiehall Street, it was awful and I'm still feeling shame about it."

Jacob received a £6,000 grant from the Georgian authorities to study in Scotland.

He was taught by GSA stalwart James Robertson, whose paintings are collected by royalty including Prince Philip.

During  studies, between September 1994 and June 1997 while enrolled on BA Fine  Art, Drawing and Painting, Jacob never told anyone of his familial  links. 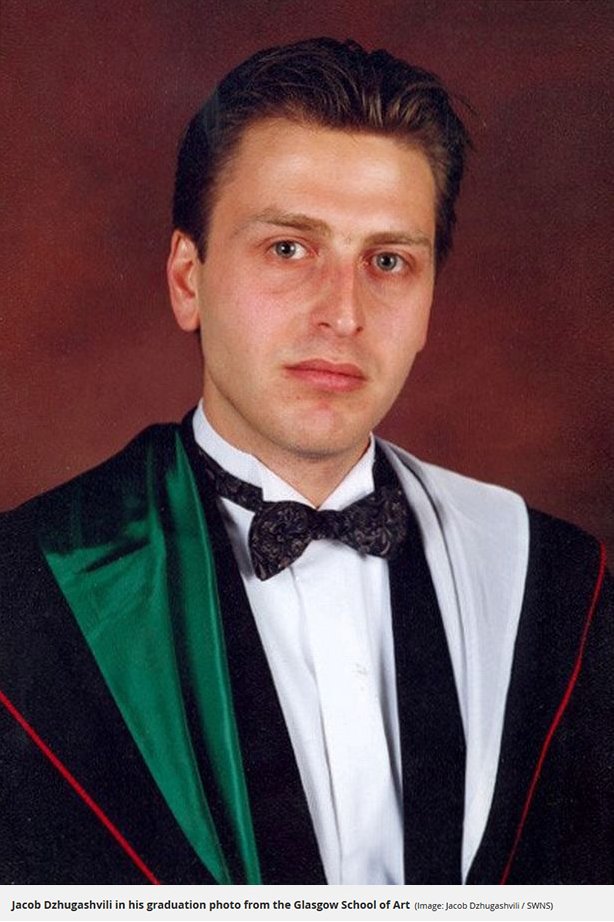 But some friends guessed anyway.

Jacob said: "I told it to those I became close with - and only after they have guessed my relationship with Stalin.

"The common reaction is curiosity.

"I think the name is just a container - it depends on what you fill it with. 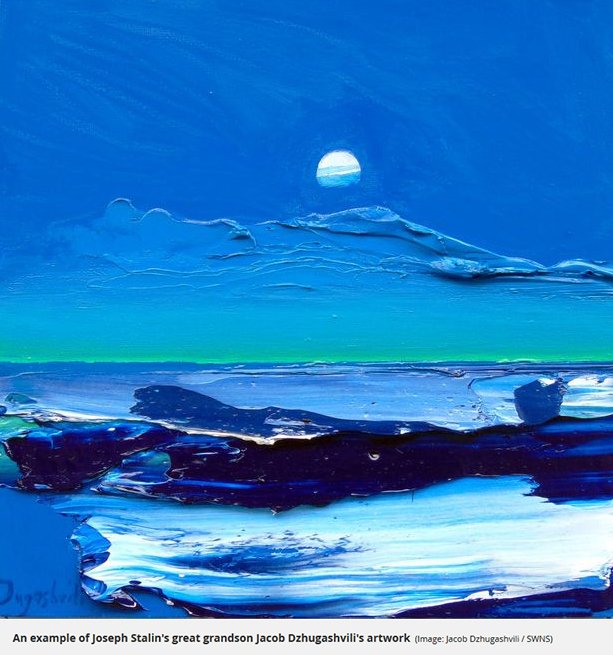 "My friends didn't care about my name, they cared about our friendship."

As I was communicating with people of the same age as me there was only curiosity and it didn't last long.

"Personality - that what matters not identity."

He recalled  smoking cigarettes out the front of the iconic Mackintosh building after  students were banned from lighting up in the studios.

And there were aspects of Scotland which reminded him of home too. 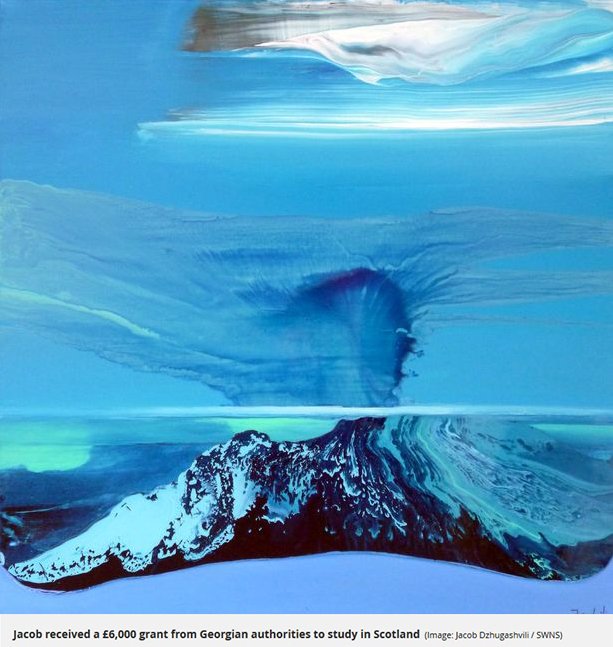 "I remember Irn-Bru - as far as I recall, it tasted like pear lemonade we had in the USSR."

Jacob spoke of his sadness at the two devastating fires which have ravaged the building and cast it's future in doubt.

"Very often I walked through the corridors, inner stairs and studios of the Mac and it was very relaxing. 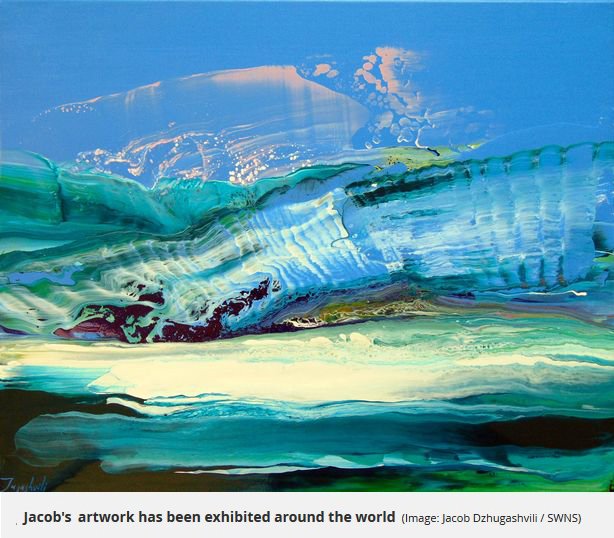 "It was sort of my personal alternative to a cigarette break."

Nearly 30 years since he first enrolled on a course, Jacob said his years in Glasgow formed a lasting influence on him.

His  stunning psychedelic landscapes, painted with oil and enamel, are sold  by online gallery Saatchi Art and have been exhibited around the world. 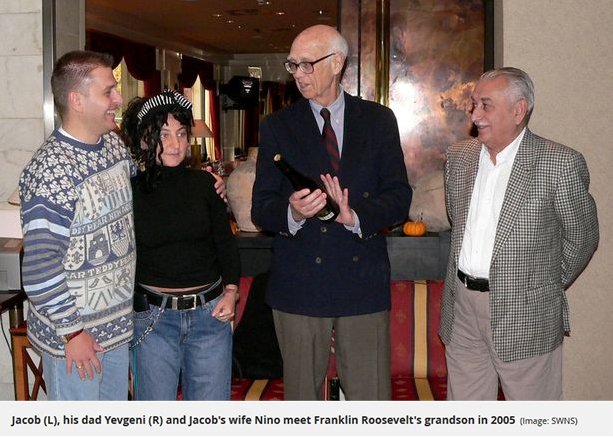 But he recalled with fondness his first collector, John Mann, who was also his landlord and who died several years ago.

Jacob  said: "I'd like to thank Leonora and John for being extremely friendly  and kind to me during the whole period of my stay in Glasgow.

"To be honest I liked that place so much that i didn't even think of moving to other place.

"One of those things is that the most valuable the people you meet during your life.

"I  will always remember with great warmth and respect my tutors, and of  course I love to remember and think about my friends I lived with at  Woodlands Terrace."

Jacob now lives in Moscow, Russia, and is married to wife Nino Lomkatsi, with whom he has a nine-year-old daughter, Olga.